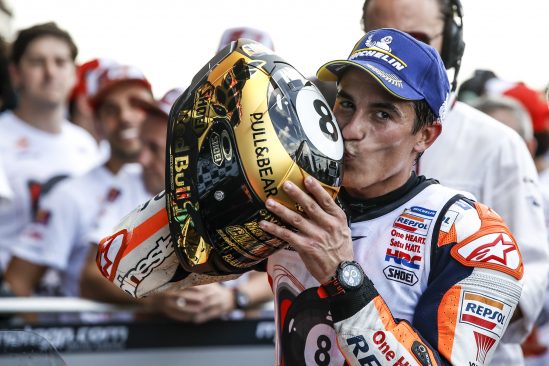 Yuasa are celebrating with Marc Marquez and the HRC Repsol Honda MotoGP team after the sensational Spaniard won his sixth MotoGP World Championship in seven years. A brilliant victory at the Grand Prix of Thailand this weekend saw Marquez make yet more history by becoming the youngest rider in the history of the sport to win six premier class world titles, smashing a host of other records along the way.

Yuasa has been a team sponsor of HRC Repsol Honda since Marquez made his MotoGP debut in 2013, having already won the 125cc and Moto2 World Championships. The battery manufacturer has since helped to power him to over 53 MotoGP race wins and 91 podium finishes. In one of his most consistent seasons to date, Marquez sealed the 2019 MotoGP World Championship with 325 points and four races still remaining. The combination of the Repsol Honda Team RC213V and Marc Marquez have taken 9 wins, 14 podiums and 9 pole positions – missing out on the top two steps of the podium just once this season. 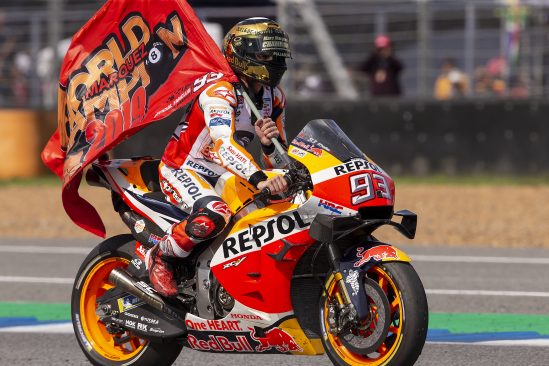 A full house at the Buriram Circuit were treated to an edge of their seats MotoGP race as they witnessed Marc Marquez crowned World Champion for the eighth time. From the front of the grid, Marquez charged forward and immediately began to chase pole setter Fabio Quartararo. With his only title rival, Andrea Dovizioso, a distant fourth Marquez was able to focus solely on the race win.

After trading fastest laps, the pair settled into their rhythm and Marquez waited for his moment to attack. The final laps were explosive as the 2019 MotoGP World Champion launched an all out assault on the young French rider, moving ahead as the last lap began. But it would go down to the final corner, Marquez expertly defending from Quartararo in the last corner to take the 2019 MotoGP World Championship in style.

With 325 points, nine wins, 14 podiums, nine poles and 10 fastest laps – Marc Marquez becomes the MotoGP World Champion alongside the Repsol Honda Team for the sixth time and takes the eighth World Championship of his career. The victory is also Honda’s 150th in the MotoGP class – an achievement no other manufacturer has been able to match. 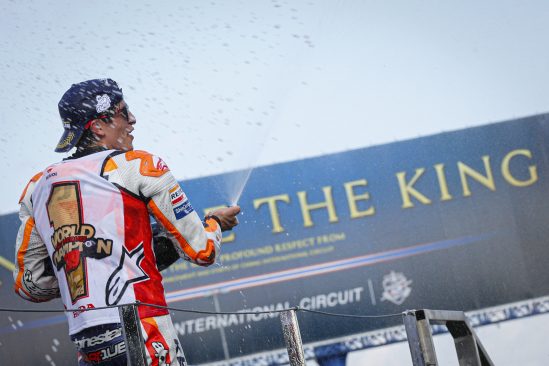 As an Original Equipment Manufacturer (OEM) and motorcycle battery supplier to all the world’s top bike brands, Yuasa are the number one choice for quality, reliability and performance.

James Douglas, Marketing and Product Manager for GS Yuasa Battery Sales UK Ltd said: “We’re absolutely delighted that Marquez has claimed his sixth MotoGP World championship title in such dominant style. He is undoubtedly one of the sport’s greats, and his achievements at such a young age prove he is one of motorcycle racing’s all-time greats.”

“We are delighted to be able to share in the success of Marc Marquez and the team. We can’t wait to see what more they can go on to achieve in the future.” 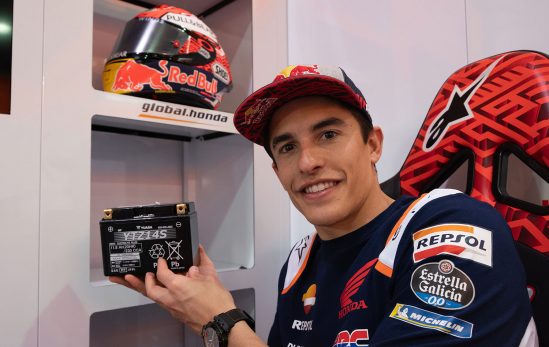