GS Yuasa Corporation, the parent company of GS Yuasa Battery Europe Ltd is celebrating its 100th anniversary this year. The company was formed from two companies, Japan Storage Battery and Yuasa Battery. Both were responsible for building the foundation of storage battery development and manufacturing in Japan.

Japan Storage Battery was established in 1917 and Yuasa Battery was established the following year. Since then, both companies have worked diligently to promote battery development, culminating in a 2004 merger in an effort to achieve further growth and development. Both companies can each boast of over 100 years of history. Cumulatively, GS Yuasa has inherited over 200 years of successes, technologies, and expertise.

A new logo launched to mark the anniversary expresses how the merger of the two companies did not merely double GS Yuasa’s history, but rather squared it, due to synergistic effects. The zeros in the logo are linked together like a chain to represent the strong bond between GS Yuasa and its customers and the infinite (∞) driving force that is propelling GS Yuasa into the future. 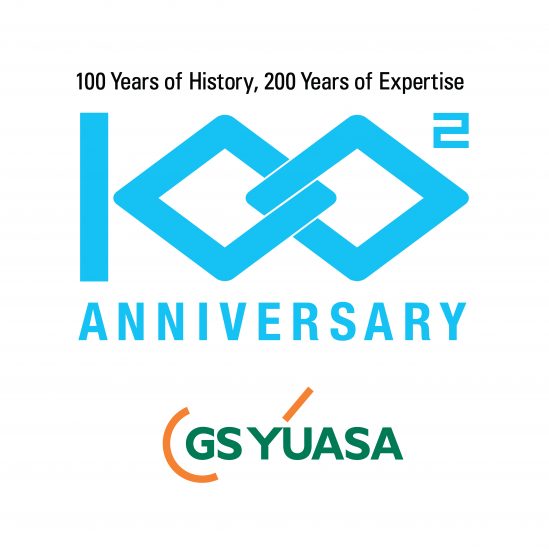