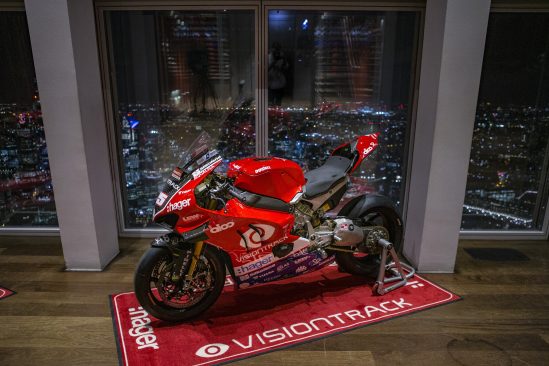 GS Yuasa Battery Sales UK Ltd are gearing up to compete at the pinnacle of two-wheeled British motorsport with the launch of the Yuasa-backed 2020 VisionTrack Ducati. The Paul Bird Motorsport operated bikes were unveiled at a glitzy ceremony at the world-famous The View from The Shard in London and will go on to compete in the Bennetts British Superbike Championship. 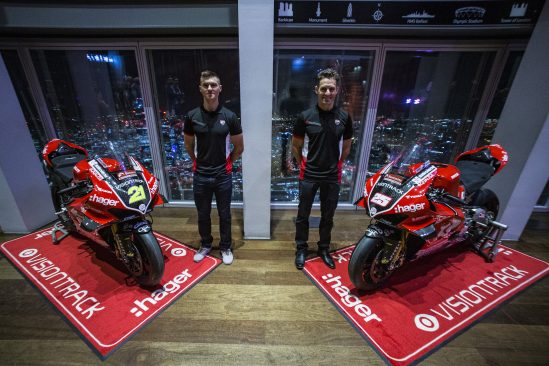 The striking new red, white and blue livery features the Yuasa logo on the bike’s belly pan and fairing and also on the rider’s leathers. The factory-supported Ducati Panigale V4 R was unveiled during a glamorous reception in front of a select number of celebrity and VIP guests 800 feet above the streets of London.

An ultra-successful season in 2019 saw the team win their seventh BSB title with rookie Scott Redding being crowned champion just five points ahead of Brookes. Between the two of them the pair won 21 of the 27 races to end up 1-2 in the standings. 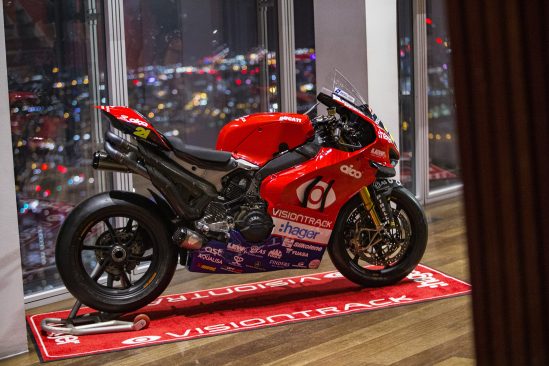 “GS Yuasa have a long and proud history of producing motorcycle batteries for all the world’s top bike manufacturers, including Ducati, so we are delighted to begin a new motorsport partnership with our Yuasa brand. Our batteries are well known for their quality and high performance, two values that we see strongly reflected in the team.

We are extremely excited about the season ahead and we wish Christian, Josh and the team every success. The new liveries unveiled at the top of the Shard look absolutely stunning. We can’t wait to see them in action out on track!” 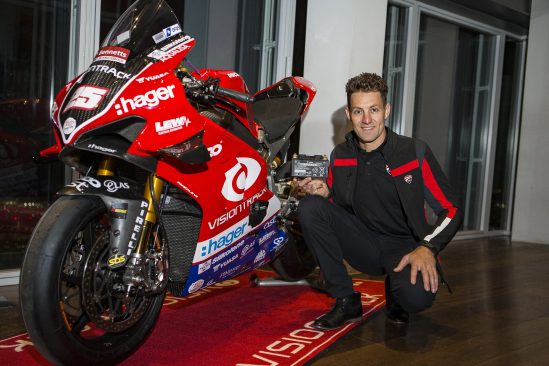 Paul Bird, Team Owner: “I’m absolutely thrilled that a leading global company such as GS Yuasa are joining PBM for the 2020 season. It’s vitally important to have the correct commercial partners on board as we bid to retain our hard-earned BSB title and with Yuasa joining VisionTrack and all our other partners, we have a fantastic portfolio.

“I’d like to welcome the directors, staff and customers to our team and we at PBM are all very excited for the season ahead.”

GS Yuasa are the worldwide market leader for motorcycle batteries and fitted as original equipment by over 90% of bike marques. The battery manufacturer’s Yuasa brand is the UK’s number one choice for vehicle and industrial batteries, offering some of the most well recognised, trusted and high-quality battery products for use in a diverse range of automotive, motorcycle, industrial and standby power applications.

Yuasa has an impressive portfolio and history of success in motorsport, including being a team sponsor of HRC Repsol Honda in MotoGP where Marc Marquez claimed a sixth MotoGP title last year. Yuasa has also had a lengthy involvement as a title sponsor of Halfords Yuasa Racing in the British Touring Car Championship, celebrating no less than four driver’s and constructors title wins.

The 12 round Bennetts BSB series commences at Silverstone on April 10/12th. 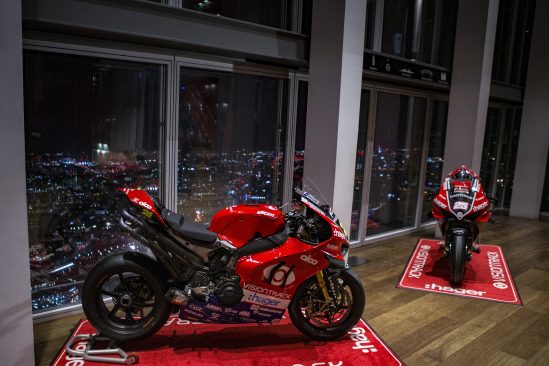